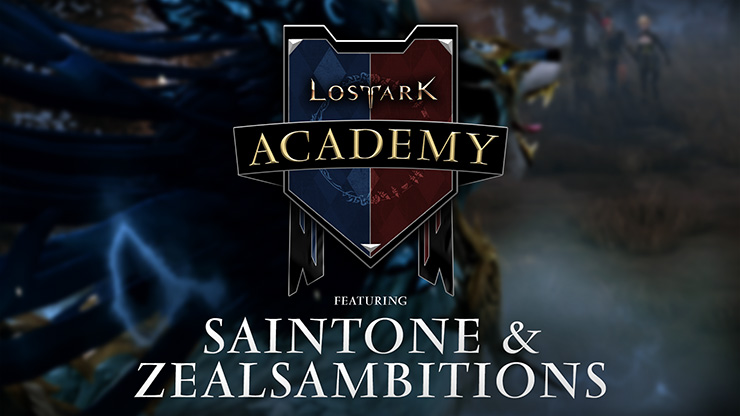 The Destined For Destruction Update brings the Valtan Legion Raid, Deskaluda, Challenge Guardians, and more to the shores of Arkesia. Many of these threats require a skilled and coordinated team to vanquish, so we partnered with Lost Ark legends Saintone and ZealsAmbitions to cover some tips, tricks, etiquette, and player behavior they’ve observed in their many journeys through the different regions.

With so many different team-based raids and dungeons, making sure you’re a good teammate is key for ensuring everyone is on the same page for a smooth run— whatever the activity may be. From looking for a group and knowing the lingo within the party finder tool, to making daily Guardian Raids straightforward with general etiquette, and preparing for end-game challenges requiring positioning, we hope these tips help you vanquish the demonic legions while in-sync with your team. Veteran adventurers may already employ some of these in their adventures, but make sure you leverage Saintone & ZealAmbitions’ suggestions to arrive ready, ensuring you’re the best teammate possible! 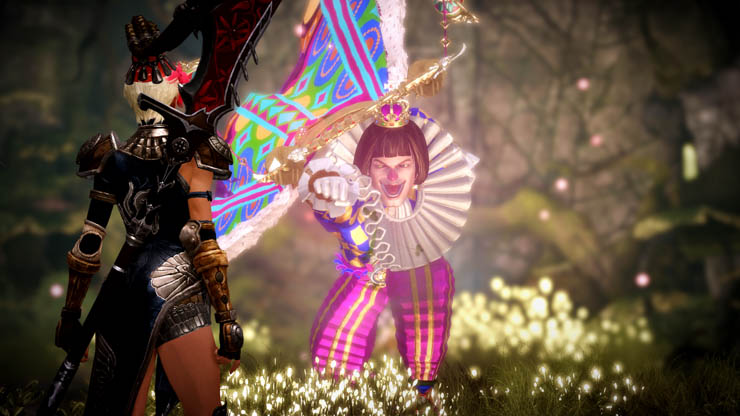 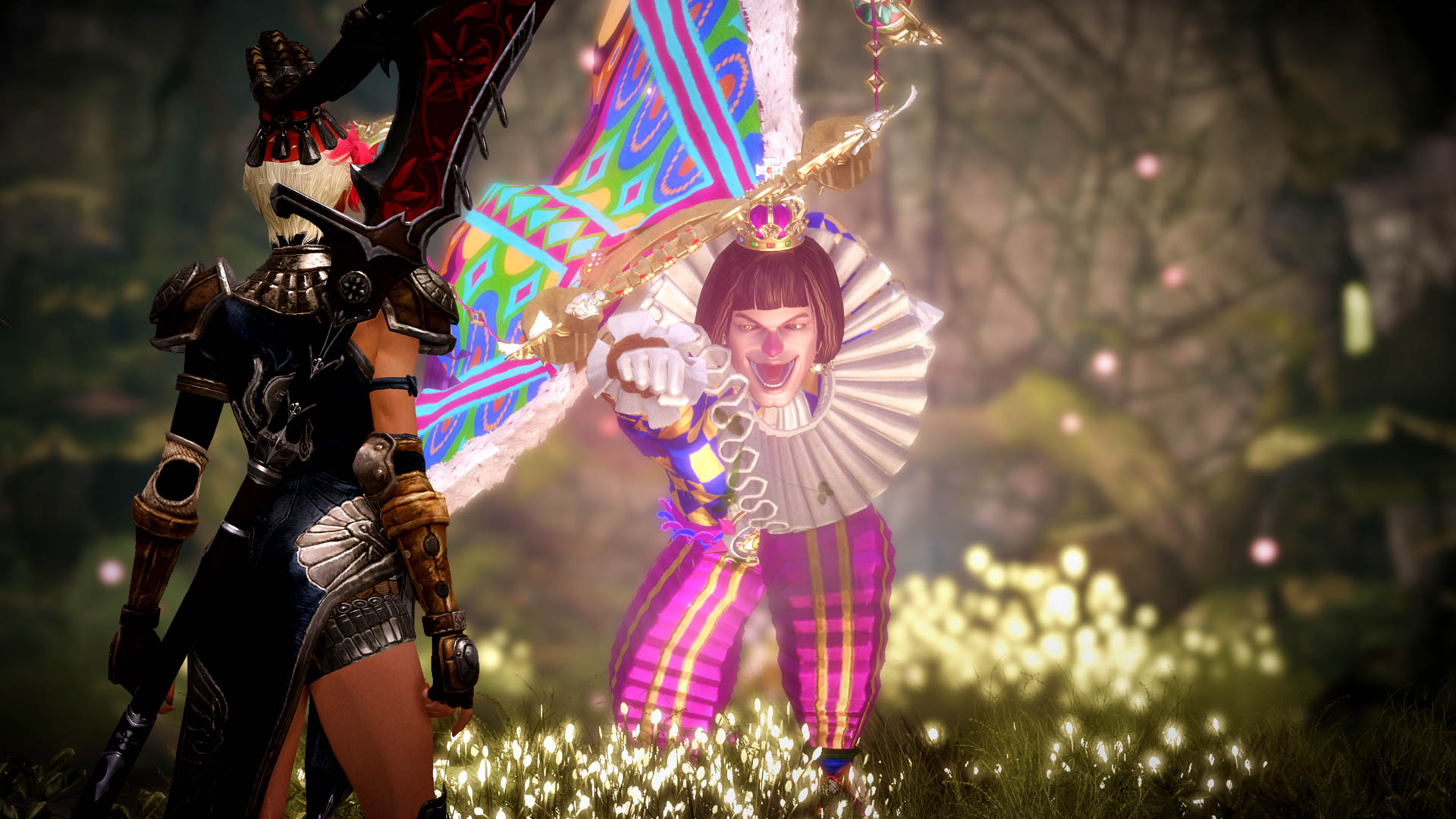 Many of Lost Ark’s end-game team-based activities start at the party finder stage. While some groups will load in with a pre-made group of friends or guildmates, sometimes it can be hard to lockdown a full squad of 4 or 8 players. Coming over from other versions of Lost Ark, ZealsAmbitions has a few recommendations for good etiquette and lingo to include in the titles for groups looking to recruit via the party finder.

ZealsAmbitions found that players often left a Guardian Raid or an Abyssal Dungeon after just one run. If you want players to stick around for both runs, making sure to include "x2", "both dungeons", or "two runs" will help your group know they should stick around to play through the daily/weekly content for Guardians and Challenge Guardians, or play through the Abyssal Dungeons in a sequential method.

For difficult end-game activities like Abyss Raids & Legion Raids, ZealsAmbitions encourages players to use the party finder to form groups. When forming groups, having a clear title will help set the tone of the raid and the expectations of players in the group. Using phrases in the title like "try party" will help players who familiarized themselves with the raid through guides (but haven't done the actual content) to help find those in a similar situation— groups that are willing to learn and practice together without any pressure. Speaking of pressure, including "for fun" or "trying for X amount of hours with no toxicity" will help players find like-minded heroes to try the Legion Raid without feeling guilty for letting the team down as they learn the new complex mechanics.

Adding keywords like "expert/experienced" to your title is ideal for veteran players wanting a fast re-clear. You may also see these experienced groups mention that they’re inspecting players’ gear and engravings before granting entrance. Terms like "3331", "3333", and "4 3s" all refer to their expectations on your engravings. For example, a group looking for 3331 would expect you to have three fully-leveled (level 3) engravings, along with a level one. Four 3s would require party members to have four engravings fully leveled up.

Finally, "Blind Run" is a term used by parties who didn’t watch a guide. These players/groups don't want any spoilers or guides, preferring to figure out a boss fight on their own. ZealsAmbitions highly suggests trying these non-spoiler groups for the raw experience if you like problem solving on-the-fly and tackling new challenges as a group— just make sure to clearly mark your group if that's the experience you're looking for!

The Destined For Destruction Update also includes a few new adjustments to the “Party Finder” tool, including a drop-down menu in the Find Party UI (found within the Legion Raid section) where you can select which gate you want to find teammates for. 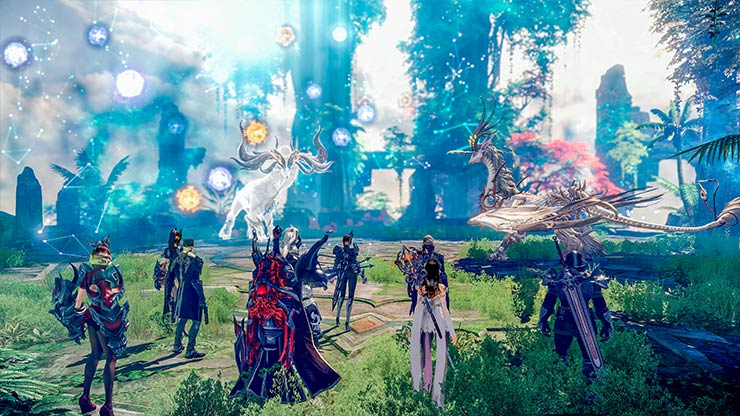 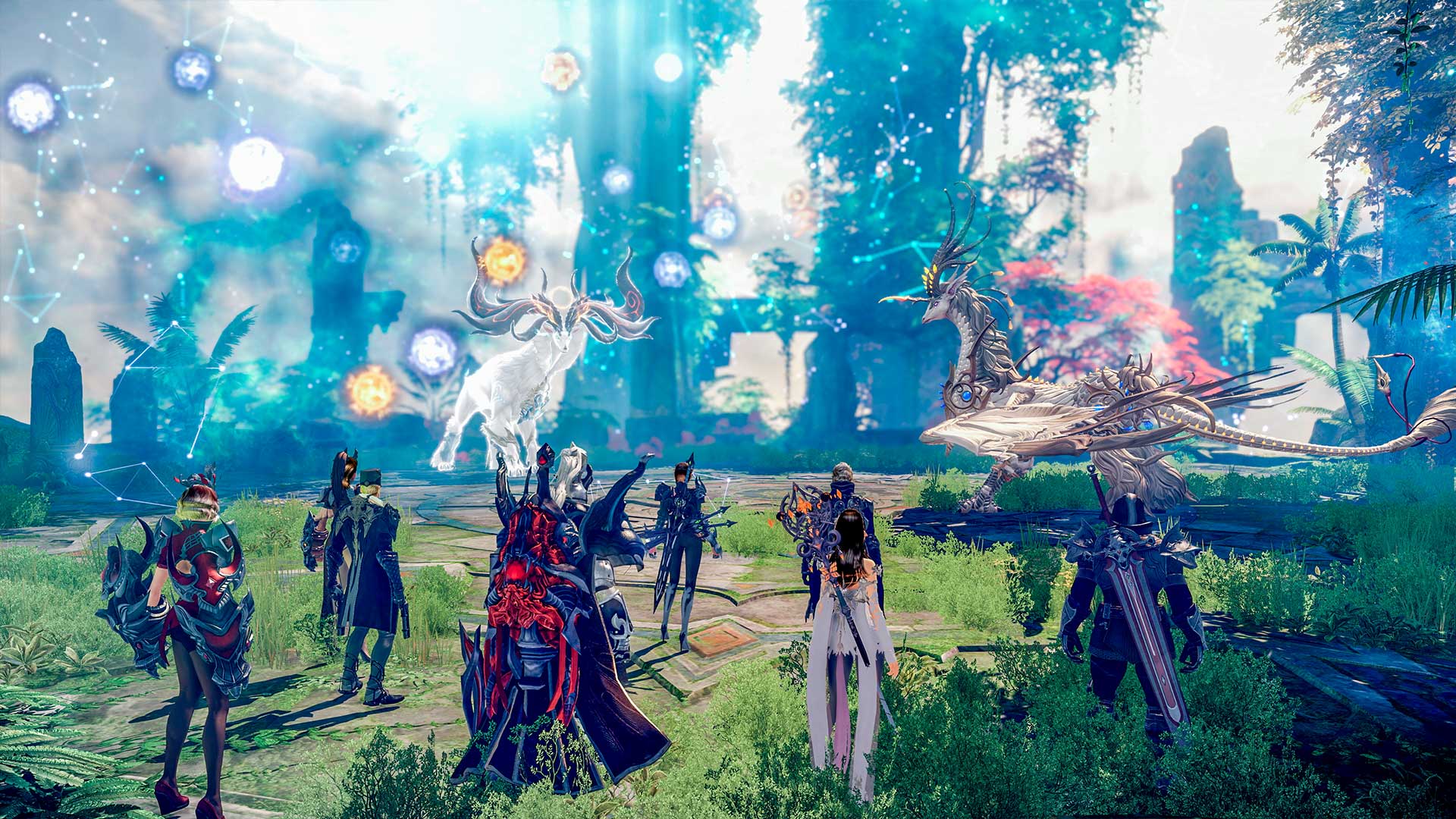 Many activities have bosses with mechanics that require players to position themselves in the cardinal or intercardinal directions within the battlefield, oftentimes with mere moments of warning. Saintone has a few tricks for parties to easily assign and remember positions.

An easy way to assign positions for these mechanics without difficulty or needing to choose random (and therefore easily forgettable) positions it is by using the “x3 rule”. The x3 rule looks at the battlefield like a clock, and players merely need to take their party number and multiply by 3 to figure out their cardinal position for these mechanics. In the party, each player has an assigned number, 1 - 4, found next to their name on the left side of the screen. For example, Player #1 would be 1x3 = 3, meaning they’d be located at 3 o’clock, or the right side of the battlefield. Following that, Player #2 would be at 6:00 (the bottom of the map), #3 would be at 9:00 (left side), and #4 would be located at 12:00, or the top of the arena.

While many players in the west are already using this method, there are some instead choosing NESW, which is unique to the west. NESW starts with the Player #1 position at the North position and then rotates clockwise, so the positioning is a little different than the x3 rule. You should be ready to adapt to either or depending on your party's preference, as it doesn't matter which one your group uses! These rules just serve to simplify the assignment of positions— the important part is that you're on the same page as your team. 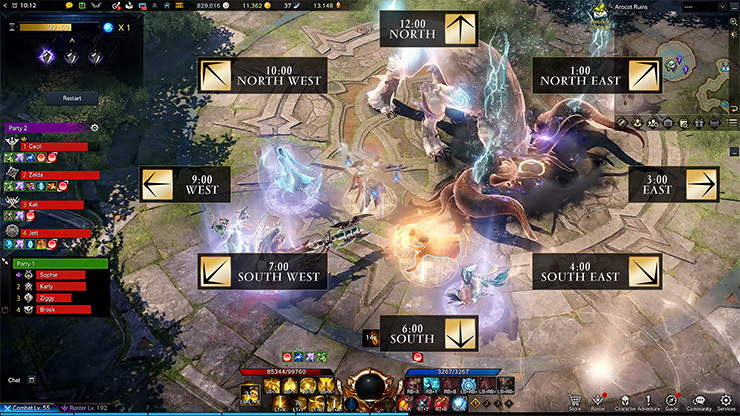 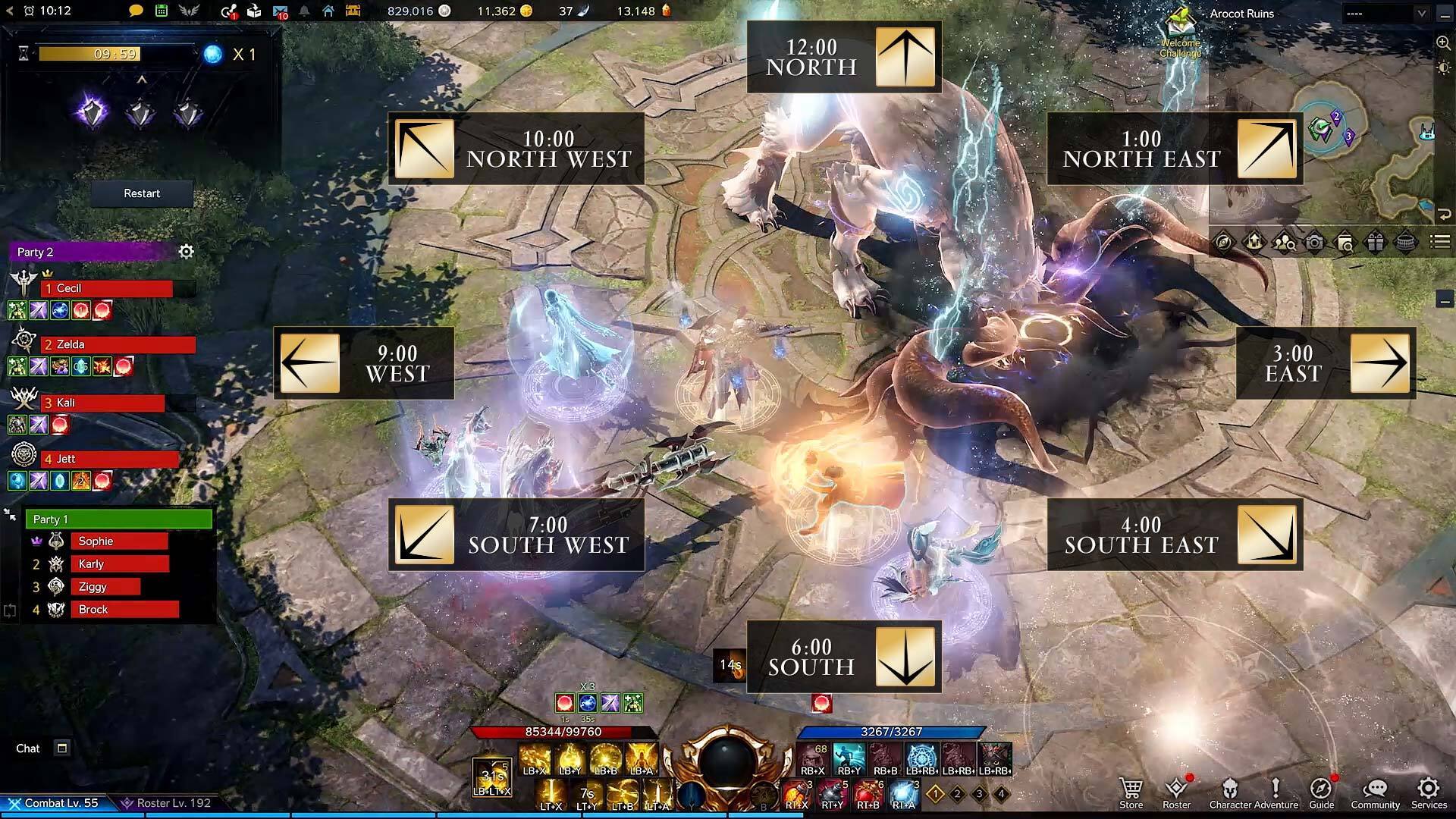 For 8-player content requiring a circular pattern, the x3 rule can easily be modified for the second party to provide intercardinal positions. The x3+1 rule means a player in party 2 needs to position themselves between two members of party 1, once again looking at the battlefield like a clock. For example, Player #1 in party 2 would go to the 4 o'clock position in the bottom-right, as 1x3 = 3, and 3+1 = 4.

For the NESW variation, party 2 just needs to shift to the intercardinal, with Player #1 going Northeast, Player #2 going Southeast, Player #3 going Southwest, and Player #4 going Northwest. Again, it does not matter which one of these rules you use, they both ultimately serve the same purpose!

Saintone hopes these tricks will help quickly communicate positions without having to discuss it, especially when pressure is mounting in a tough battle and you need to know your position at a moment’s notice. 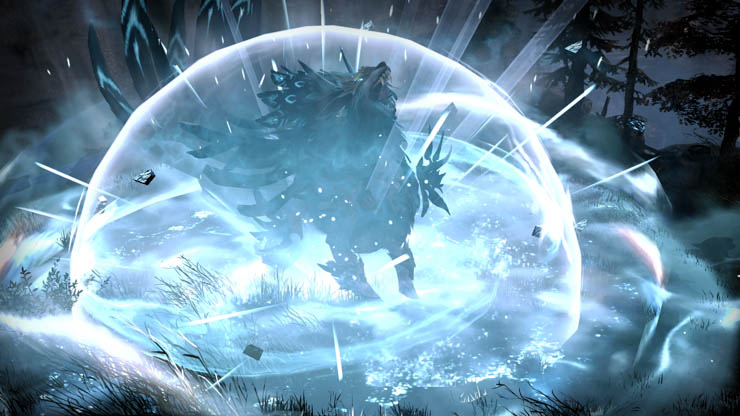 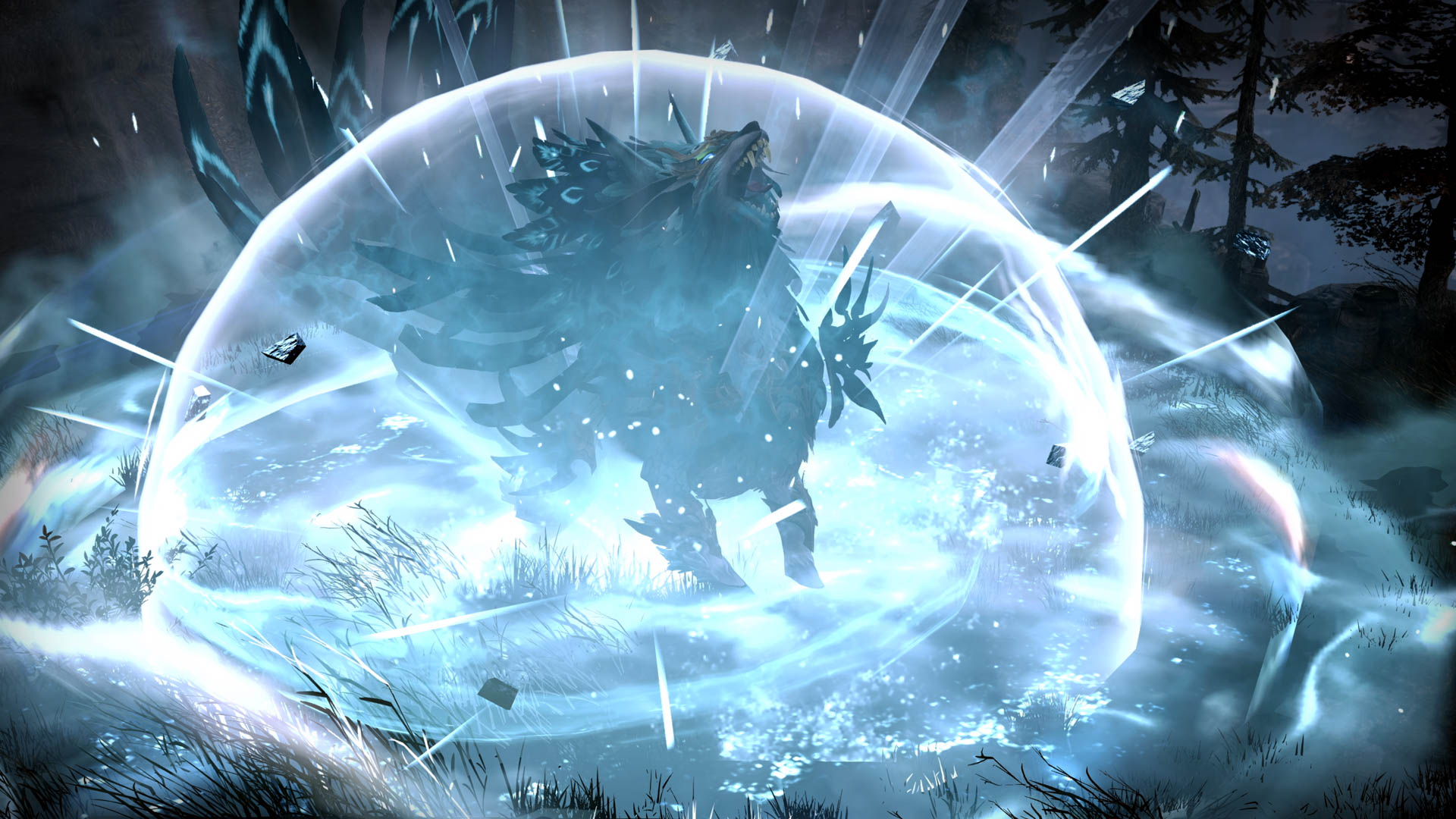 Saintone & ZealsAmbitions each have a few tips for item-use etiquette, and ensuring you’re contributing equally and fully prepared for any challenge that arises.

“Use the Flare item in public matchmaking parties!” -Saintone

For daily Guardian Raids, an easy way to ensure equal contribution is for Party Member #1 to use the first Flare, Party Member #2 to use the next Flare after the boss repositions, or use a Pheromone Bomb to keep the Guardian in place, saving the team time tracking it down. This continues to Party Member #3, and so on down the line. In challenging fights which may call for the use of other Battle Items such as Destruction Bombs, any party member can also elect to throw all of the Pheromone Bombs so that other party members can bring Destruction Bombs, as the two occupy the same Battle Item slot. This etiquette can allows players to equally contribute with Battle Items, and efficiently slay the Guardian with minimal hassle.

While participating in prolonged group activities involving wipe mechanics or needing Battle Items, ZealsAmbitions recommends having access to Pet Bonuses to ensure you’re a reliable party member. The ability to repair broken gear (resulting from your repeated deaths) without ending the activity is convenient for your entire group. Additionally, you may not always know which Battle Items you’ll need in your arsenal, or run out on an alternate character without knowing. Pet Bonuses allow you to access your roster storage from anywhere, so at the Battle Station within a raid or dungeon all of your characters can snag roster-bound Battle Item Chests out of your inventory with ease. Having access to whatever items you need is a huge perk for group and end-game content.

Pet bonuses can be accessed when you have active Crystalline Aura. If don’t want to buy Royal Crystals, no worries! You can use the currency exchange to swap gold earned through activities for Crystals, which can be used to grab Crystalline Aura via the in-game shop. Crystalline Aura also frequently shows up in free rewards for Prime Gaming members, so keep your eye out! 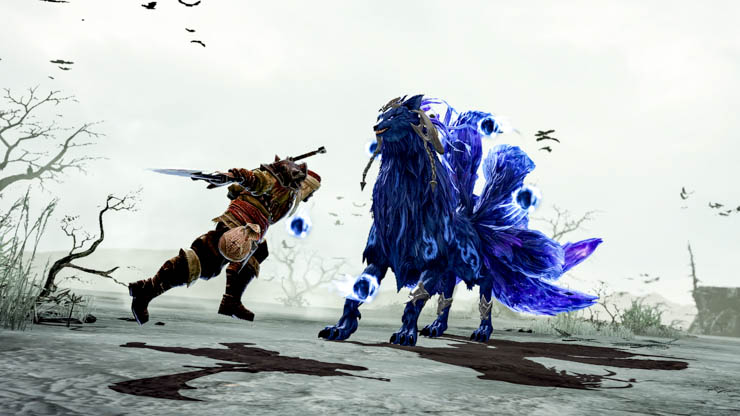 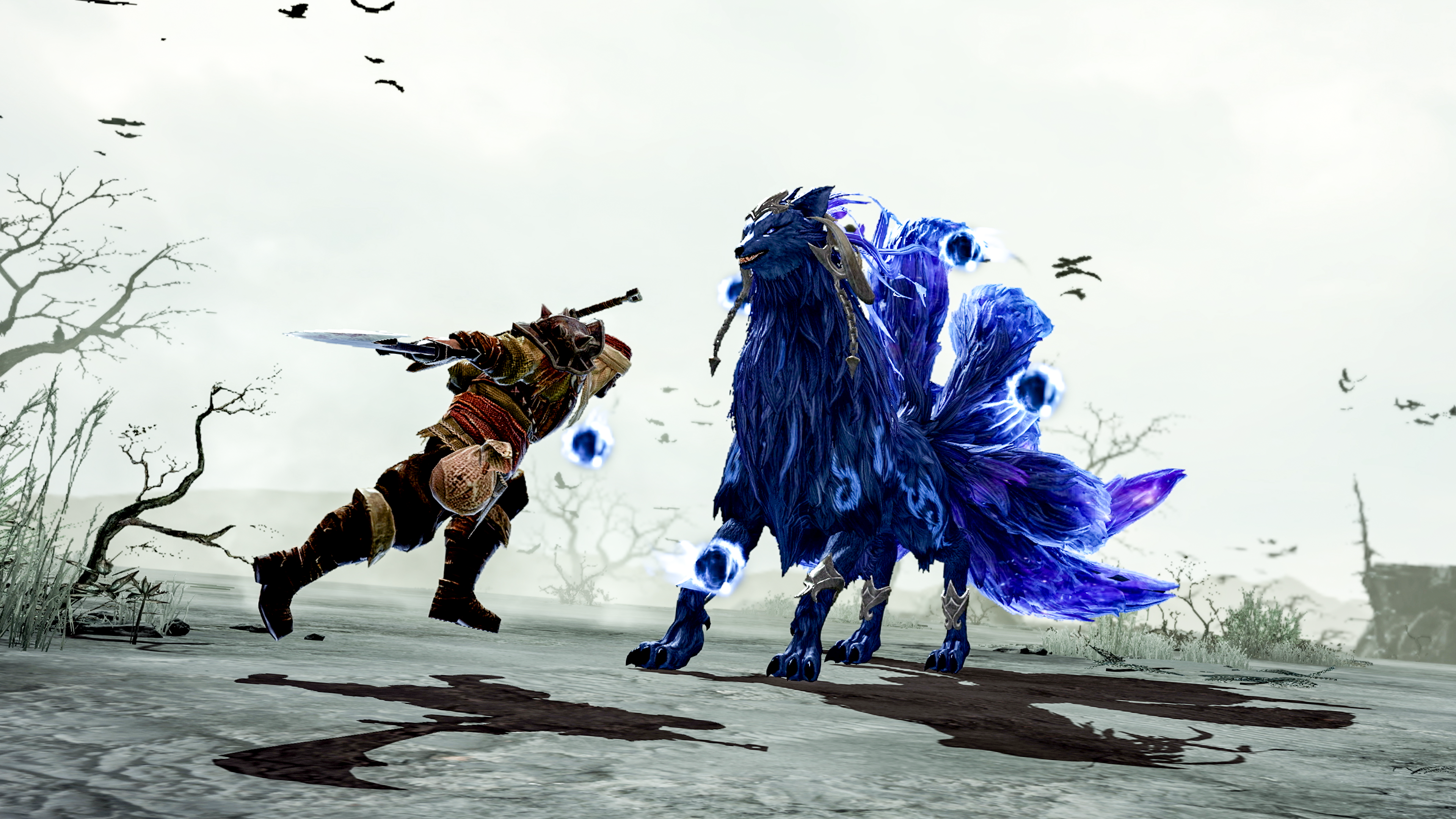 As more challenging end-game activities (like Legion Raids) arrive in the Western version of Lost Ark, Saintone discussed how the importance of landing counterattacks against bosses increases to the point where sometimes not countering the boss will lead to immediate failure.

The role of countering is not specific to any particular player. Some players may not have a counter in their damage kit, whereas others have it in their basic loadout. Make sure to communicate with your team, to ensure you know who’s able to, so you can position accordingly. As many bosses are mobile or can turn, sometimes it's not possible to maneuver in front of them to land the counter, so whoever happens to be in front of the enemies' face needs to land the counter instead.

Unlike previous telegraphs only highlighting the boss an instant before, many future counterattacks have a more obvious tell before they're launched— allowing a quick eye to reposition in advance and land a counter! Counterattacks are very satisfying and buy your team valuable time to attack bosses who are otherwise very fickle about standing still for DPS windows.

With the end-game beginning to enter the Western version of Lost Ark in the Destined for Destruction Update, we hope these tips were helpful! Make sure to follow Saintone & ZealsAmbitions for frequent insight, guides, live high-level Lost Ark gameplay, and more original content on their Twitch and YouTube channels, linked here:

Thanks for joining us for this special edition of Lost Ark Academy, and we wish you luck in your team-based adventures.