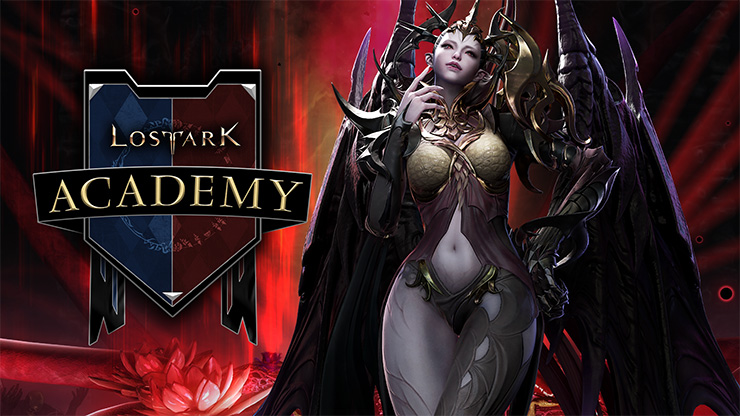 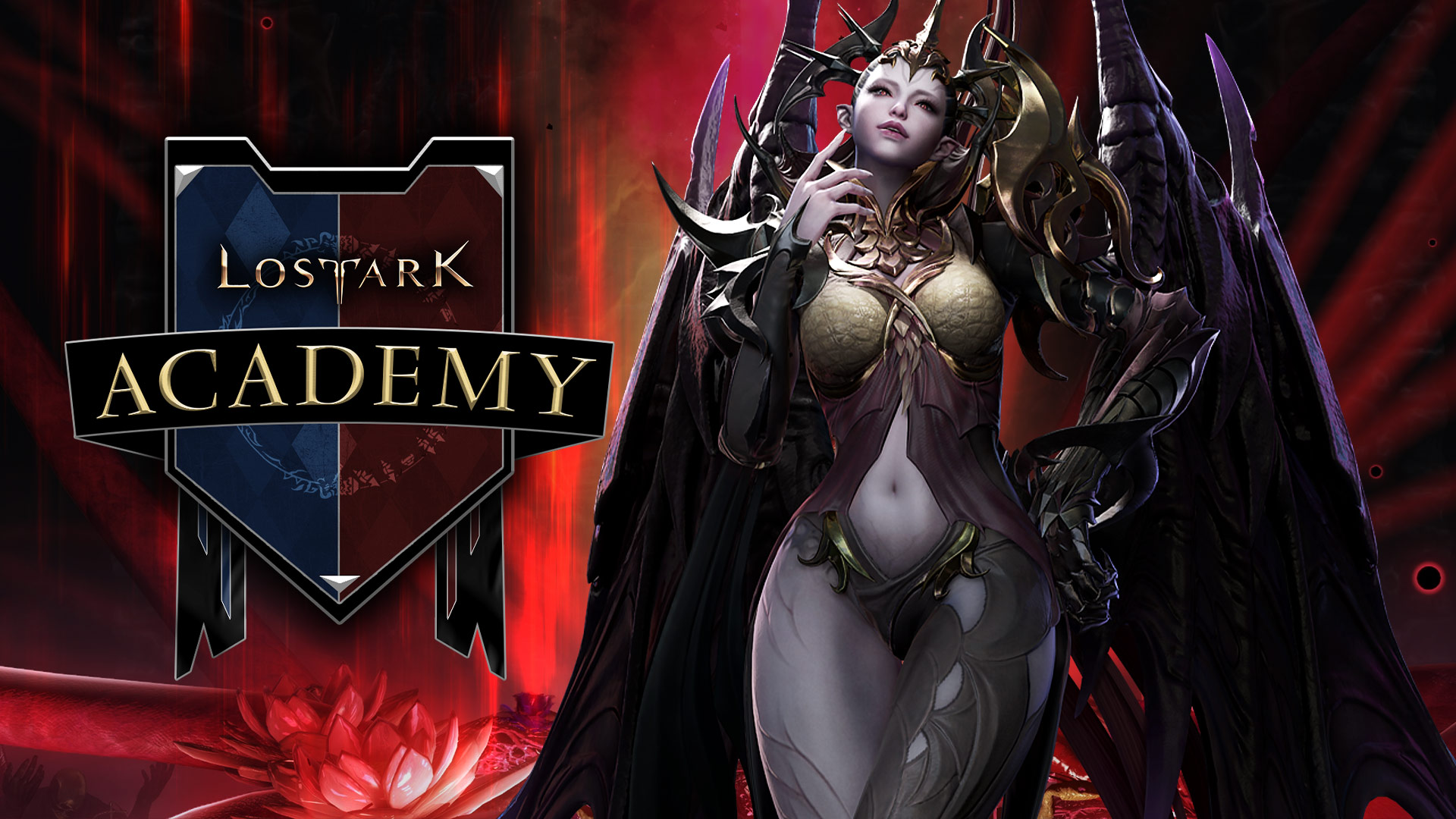 “I am Vykas, the Covetous Legion Commander. I envy you. I want you. Come to me. I will kill you in ecstasy."

Beware, Heroes of Arkesia. After the tournament in Anikka, Vykas returned to Petrania with her Covetous Legion, eagerly awaiting Kazeros’s next move. When recent events in South Vern led to Chaos Gates opening across the skies of Arkesia, Vykas led the Covetous Legion to consume the world with her twisted, red avarice.

The Covetous Legion Commander Vykas arrives in Arkesia next week, and must be vanquished before she wreaks untold havoc and destruction. Vykas isn’t the only threat releasing in next week’s June 30 update. She’s joined by the colossal frost predator Kungelanium, recently awoken from his glacial slumber by the re-emergence of the Demon Legions and the Chaos spreading throughout Arkesia. To top it off, Thronespire will also open and pose a different type of challenge— a new solo dungeon experience in a twisted dimension teeming with enemies. 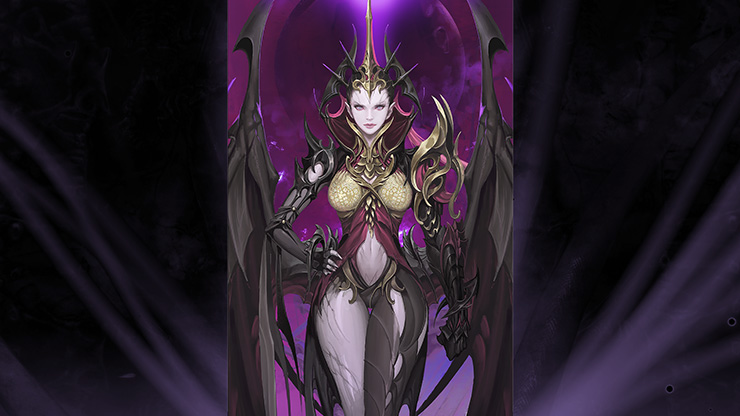 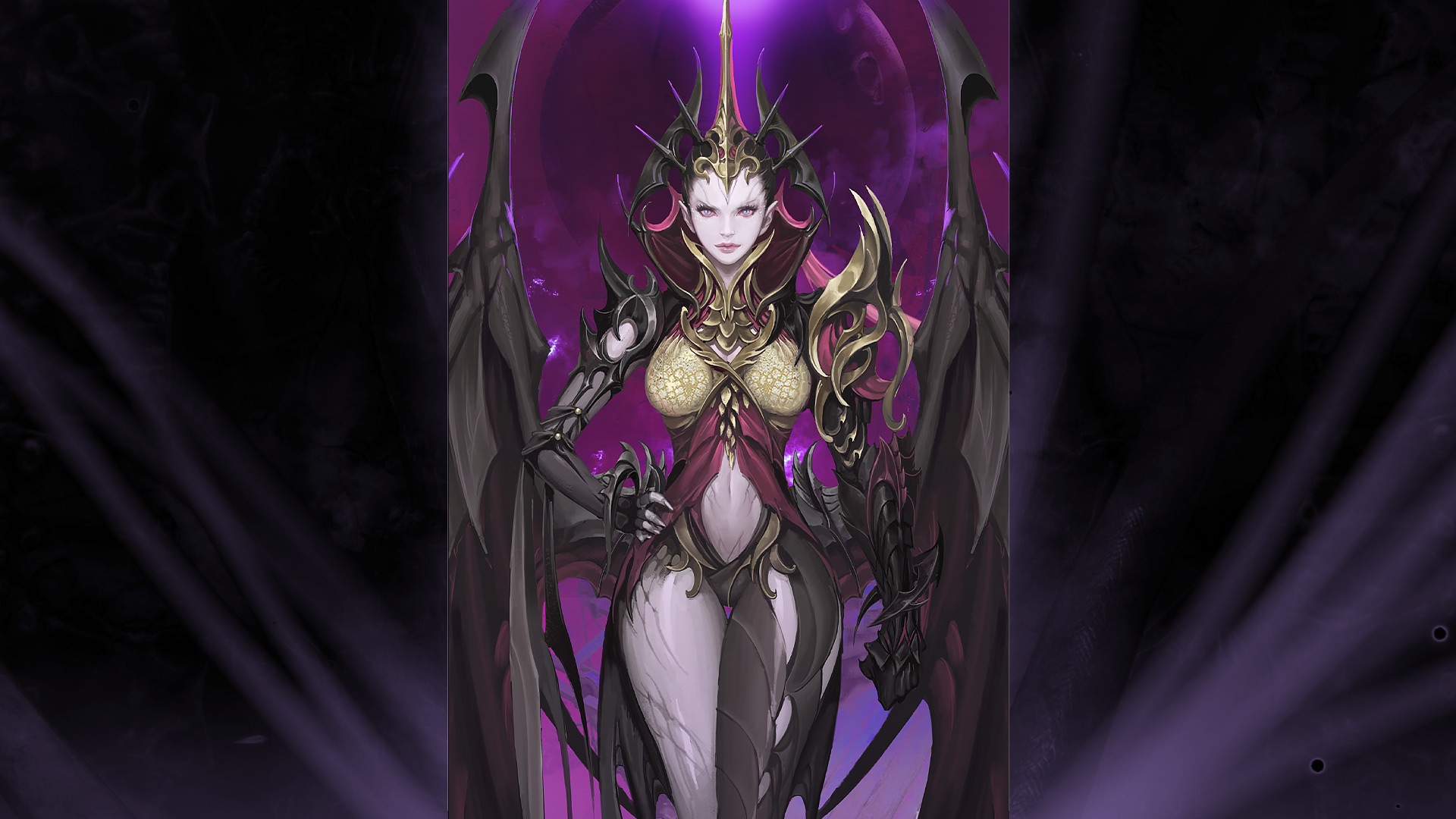 "I am mighty and beautiful. Everyone obeys me."

Vykas follows Valtan as the second Legion Raid arriving into the Western version of Lost Ark. In this raid, you’ll face dangerous and powerful members of the Covetous Legion before battling Legion Commander Vykas in her ‘Garden of Crimson Delight’. No revives are available mid-battle, so players must be ready to fight for their lives. Vykas is an eight-player Legion raid, has 3 gates, and is complete with a swathe of new unique characteristics, abilities, and mechanics. Players will need to be Item Level 1430 to attempt Normal difficulty, and 1460 for Hard.

As Legion Raids are challenging and take time, there are gates (or checkpoints) that will save players' progression as they advance through the Raid. In other activities, gates will save your progression for that session in case you wipe and need to try again, but in Legion Raids the gate save point system will not only let you try again, it also lets you take a break from a Legion Raid without losing out on progress or rewards. You’ll receive a reward whenever you clear a gate in a Legion Raid. Your completed gate information will be saved when you claim your reward, and your group can vote to decide whether you continue to the next gate or not. If your group votes to continue on, you’ll move forward with your current group to challenge the boss, enemies, or Legion Commander guarding the next gate. If you’ve decided to wait on challenging the remaining gates, you can come back later with your group or find a new group until the weekly reset.

In each Legion Raid, you’ll find Sidereals willing to fight alongside your group, allowing you to enlist their help to unleash powerful skills and attacks at critical moments in the battle. You can fill up the Sidereal Skill meter throughout the raid, and when the meter is full, the raid group leader can use one of the available Sidereal Skills. The Vykas Legion Raid introduces two new Sidereal skills, and brings back Wei— one of the allies found in the Valtan Legion Raid. 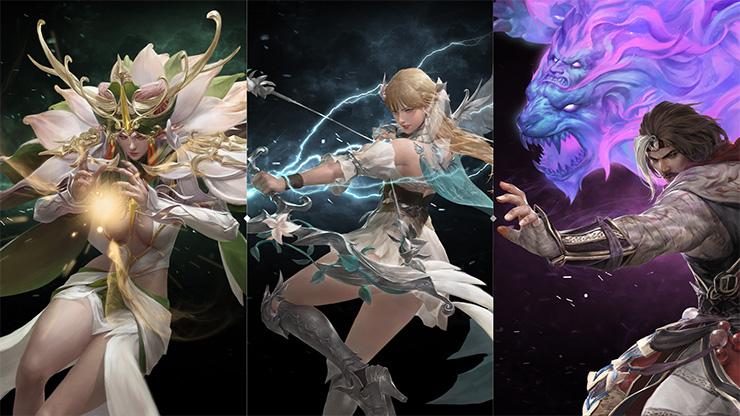 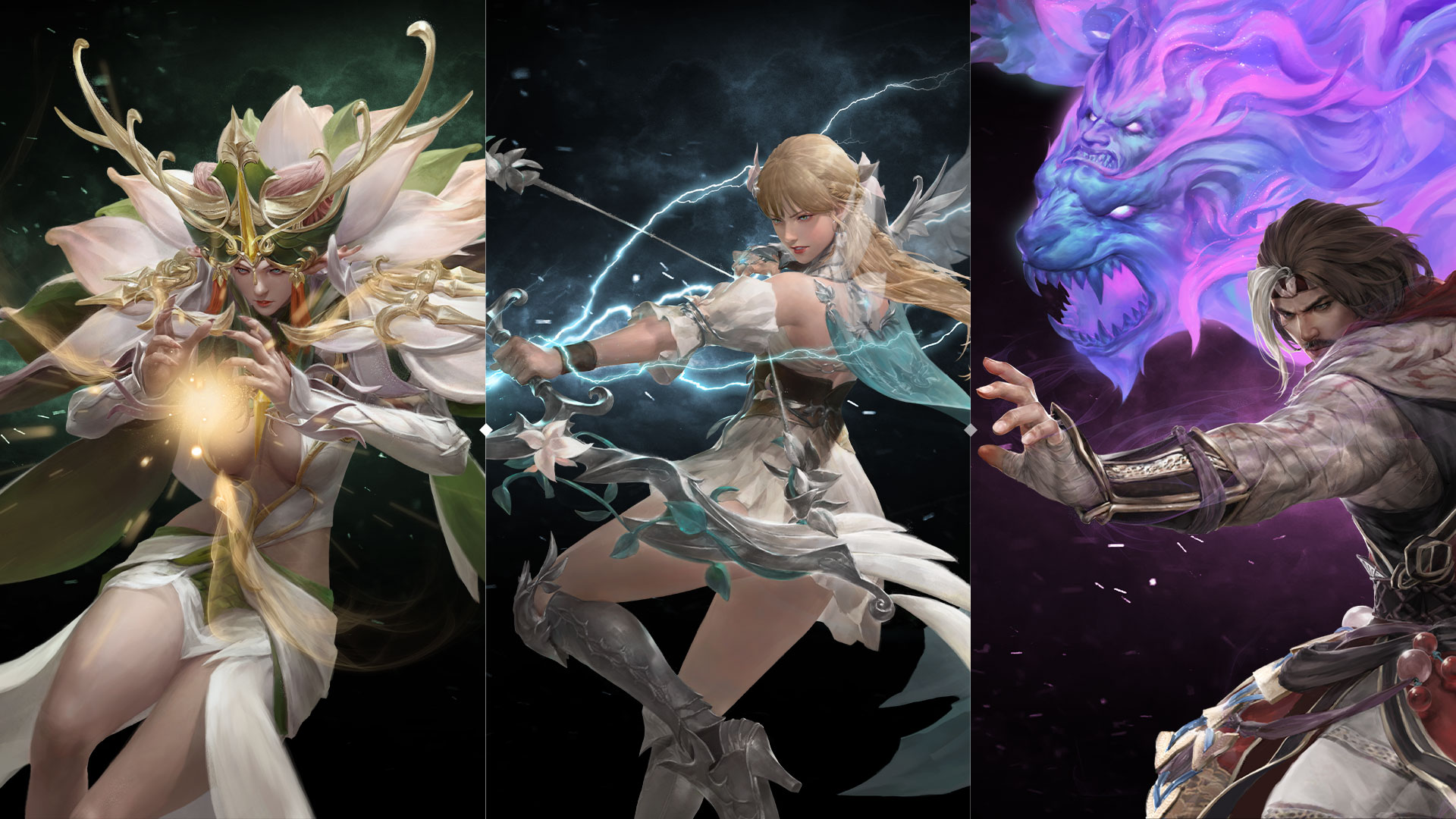 "Her avarice will create an insatiable thirst and make you doubt all those around you. Be careful not to be swayed by her!"

Inanna uses magick to create a protective zone, with strong defensive powers; granting immunity to push, absorbing some incoming Damage, and more. The moment the protective zone is disabled, targets within the area recover health.

The Relic Quality sets available at the Legion Commander Gear Crafting NPCs require materials from both the Valtan and Vykas Legion Raids to craft a complete set. The Vykas Legion Raid introduces two new items that can be crafted into gear; Covetous Fangs for Legendary gear, and Covetous Wings for Relic gear.

Players able to vanquish the three gates in the Vykas Legion Raid will be rewarded at each stage with increasingly desirable loot, matching the difficulty of those battles. Clearing each gate will grant Gold, Covetous Fangs and Wings, Relic Accessories and honing materials. The final gate can include additional special items, such as Engraving Recipes, Card Packs, and Honing Books. Additionally, after successfully clearing each gate, a bonus chest can be purchased with some of the gold just earned, giving additional Gear-crafting and Honing materials, Accessories, and Ability Stones. The final gate of the Legion Raid will also kick off a loot auction when completed, allowing players to bid on a bonus Gear-crafting Material Chest, Engravings, Honing Books, and more.

Hard mode will grant additional quantities of these items, and drop additional Covetous Wings instead of both Fangs and Wings. Stones of Chaos can also be earned in Hard mode, which are used to craft or upgrade the quality of Relic gear. 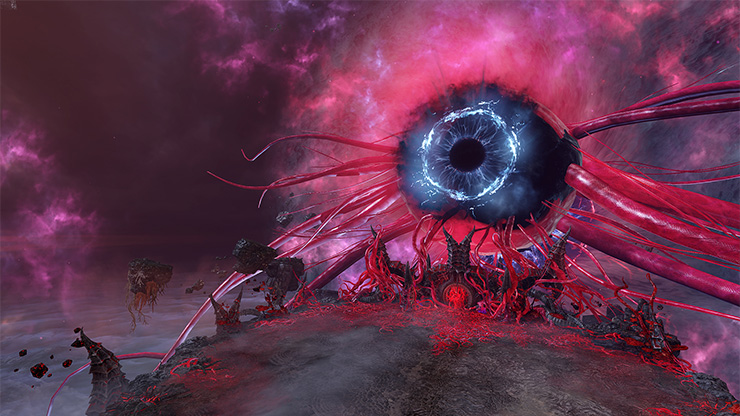 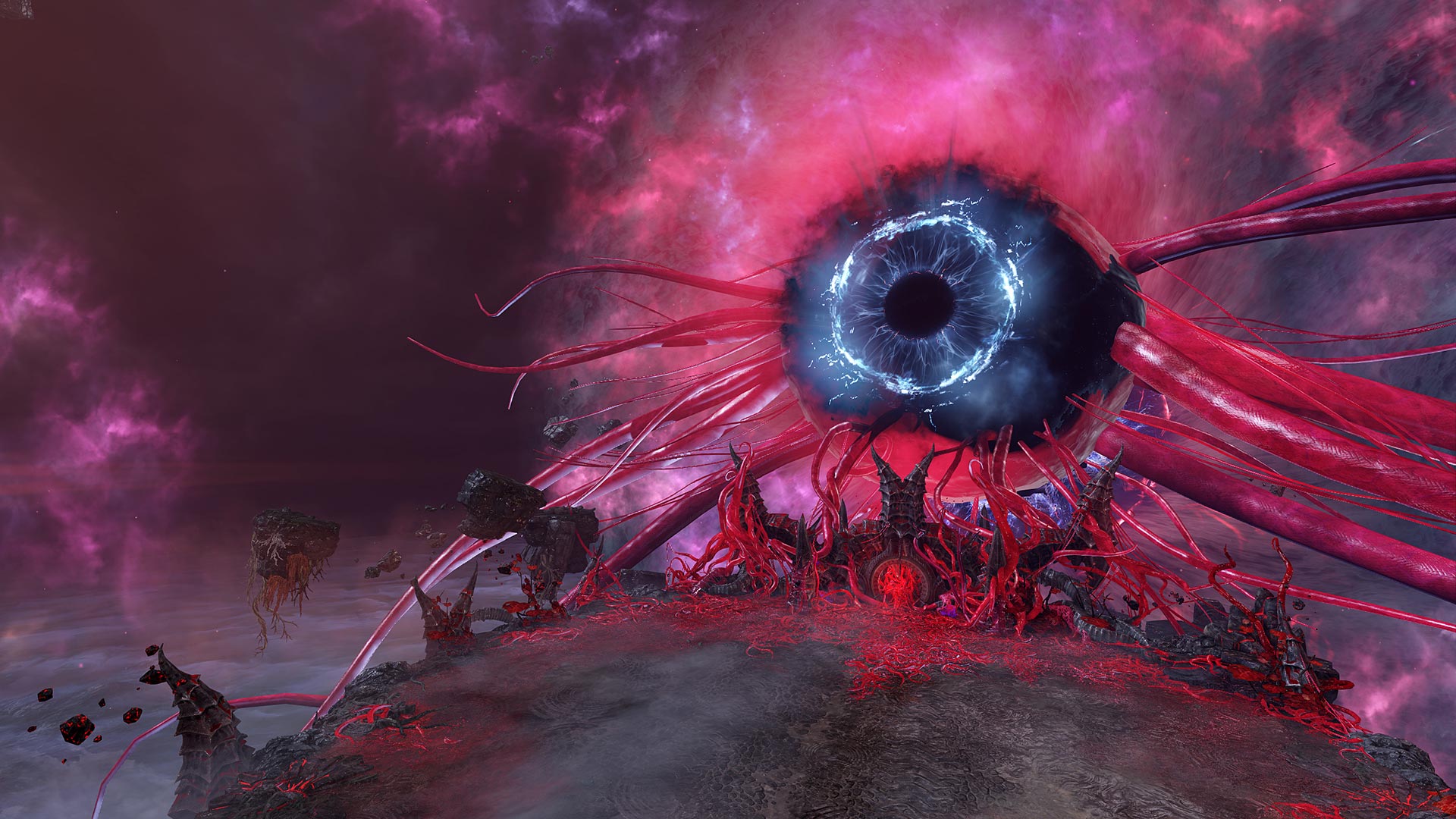 Legion Raids can be entered by any number of characters on your roster each week. Each character can face up to three different Legion Commanders each week - meaning your characters can fight both Valtan and Vykas in the same week. However, Normal and Hard difficulties for the same Legion Raid share a weekly lockout, so you can only attempt one difficulty (per commander) per week.

Players can participate in Legion Raids after completing the guide quest ‘[Guide] Notice: Legion Raid’. As an added step for the new Vykas raid, you’ll need to visit the Lunar Knights NPC in Vern castle and start the quest 'Blooming Again', which tells the Covetous Legion Commander's story. Once unlocked, the Vykas Legion Raid is available to enter through the Legion Raid structure located in major cities. Legion Raids can also be entered through the Party Finder tool (icon found below the mini-map), or through the “Integrated Dungeon” menu found by selecting the Integrated Dungeon icon under the mini-map, or by pressing [ALT] + [Q].

Players who haven’t reached the Item Levels required to participate in Legion Raids shouldn’t feel pressured to race to the new content— continue to enjoy your journey of exploring Arkesia and challenging yourself at your own pace— but for those excited and eager to try out the new endgame raids, we have a few tips and tricks to help you in your journey.

For players that have been battling Valtan since the May Destined for Destruction Update, Vykas’s Normal and Hard modes are close in Item Level - just one level of upgrades (respectively) away from the Valtan Normal and Hard mode Item Level requirements. Battling Valtan, Deskaluda, and using the materials granted by the Chaos Line Hard difficulty should help kickstart those final few upgrades. For players still working on leveling up their gear through Tier 3 to reach the Valtan and Vykas Legion Raids, we have a few tips and tricks to help progress toward Legion Raids. 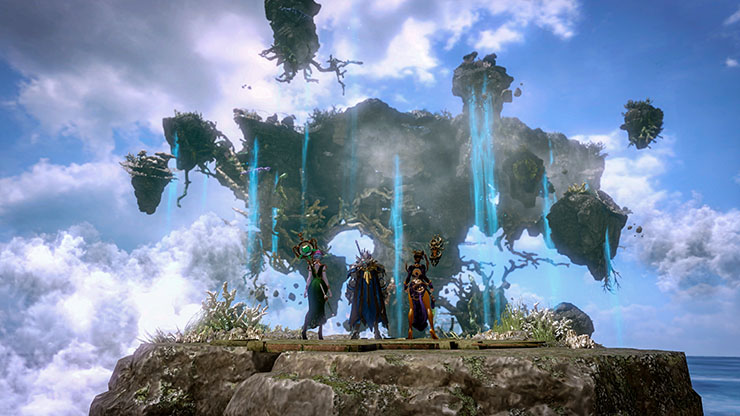 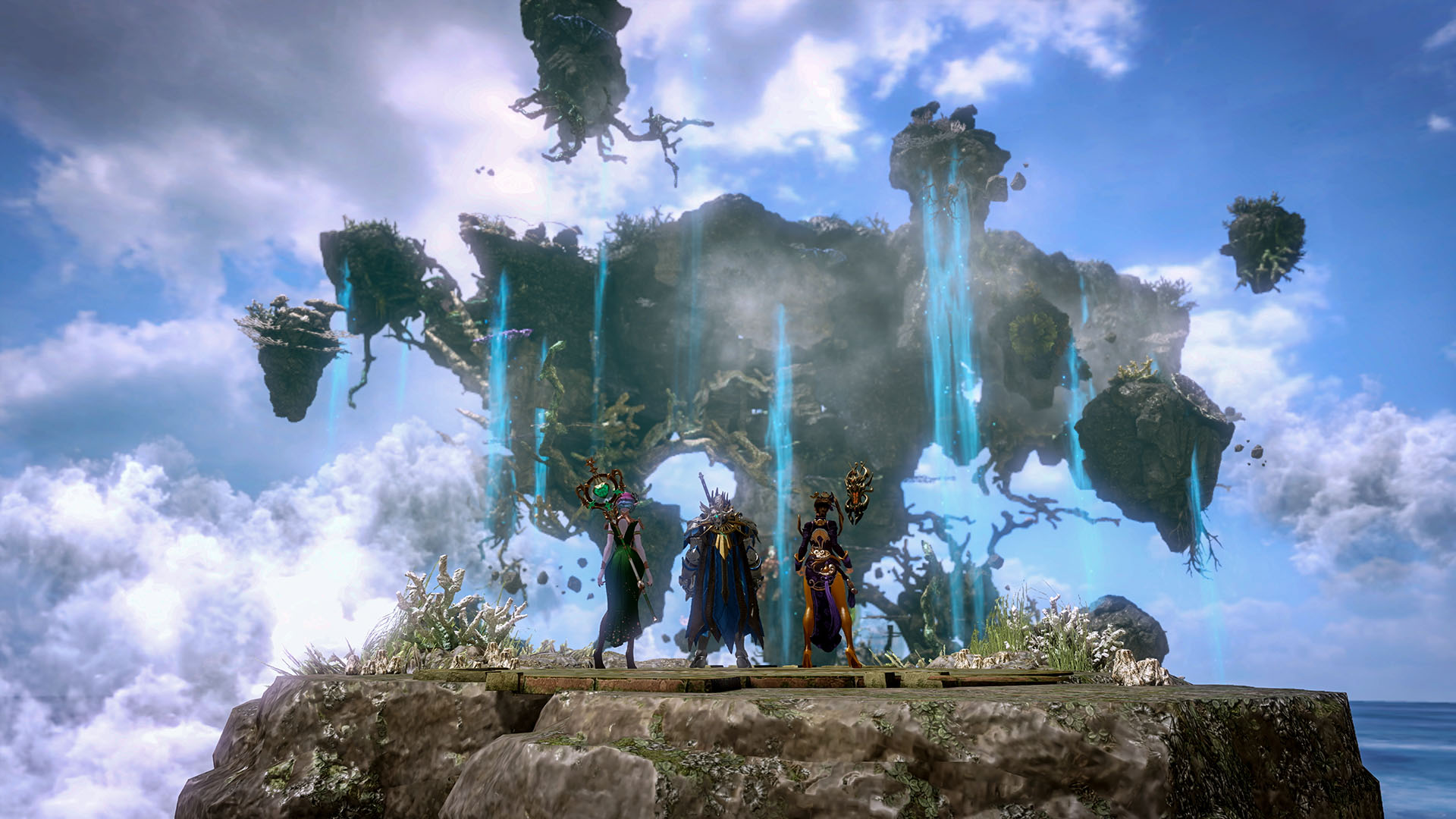 For new players looking to reach all the content found within the Tier 3 endgame, checkout a recommended starting point of daily and weekly activities that grant progression materials in the Item Level and Progression Lost Ark Academy. While playing, make sure to leverage the two ongoing, limited-time progression events to speed up your leveling:

This new event will allow players to select a character at Combat Level 50 (that’s under item level 1000) to do “Express Missions”. That character will be granted level 302 gear, and have an opportunity to complete express and bonus missions for significant honing and progression rewards. The missions will be split up into four sections, corresponding to the major continents found in Tier 1 and Tier 2 (North Vern, Rohendel, Yorn, and Feiton), each granting an abundance of materials relevant to that tier to help players progress, such as Silver, Honing Materials, Battle Items, Engravings, and much more. This event can be activated on a character until June 30, and the missions on the activated character can be completed until July 20.

Alternate characters can be used to experience new playstyles, and can also send materials to your main character through Roster Storage if you're looking to progress one character quickly.

Speaking of progression events, we wanted to provide an update on the summer progression events previously teased in the Team Update & Roadmap article. While we’re still fine-tuning the details of the next progression event, we’re happy to announce it will arrive in Arkesia in the July update, along with the free Punika Powerpass we’re giving to all players. These progression events can be used on existing character, or a newly created Arcanist - also arriving in that update!

Stay tuned to PlayLostArk.com and our social channels next week for the full June Update release notes. We’re excited to witness the epic battles unfold next week against the Covetous Legion Commander. We wish you luck, and we’ll see you in Arkesia!